Milan Men's fashion week for the Autumn/winter 2010-2011 season ended on Tuesday. I was browsing through the collections on the GQ site while contemplating who should be this week's designer of the week???? it all than clicked as i watched the Burberry Prorsum show with the amazing outwear pieces! A category that in my opinion, is the house's best and as a matter of fact the one that this British (i don't mean to brain wash you with Briticism.....) legendary, luxury fashion house was build around in 1856 by Thomas Burberry . Piece of info: Not a lot of people know but in 1881 Burberry invented Gabardine - a water-resistant and breathable fabric, in which the yarn is waterproofed before w

eaving and that is used to make suits, trousers and overcoats. Although that by itself is a great contribution to fashion and definitely one to be known for, its distinctive trademarks are: The tartan pattern in black, tan, and red (known as haymarket check or the "Burberry classic check") that was widely copied, and the Trench coat! In 1914 Burberry was commissioned by the war office to redesign it's officer coat and that resulted in the trench coat which in 1920 was lined with the famous iconic tartan print and the rest is history..... (check out The art of the trench coat).
During the 1970s, the brand became popular with the British football (soccer, which is my favorite sport for those of you out there who don't know me....) casual cult, leading to it being associated with hooliganism by the 1990s. In 1998 The Burberry Prorsum (meaning forwards in Latin) ready-to-wear collection was launched, introducing a youthful and sexy image of the Burberry conservative, quintessential Briticism. This major resurgence was elevated in may 2001 when Christopher Bailey (who 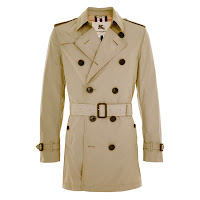 is currently the chief creative director) joined Burberry and transformed the fortunes of the company. Christopher was faced with the challenge of forging a hip and fashion-forward identity for an old British company. He was able to successfully merge Burberry's venerable English heritage with the punky vibe of London street fashion! And to that I say......Hallelujah!!!
oh.....and on the way he grabbed few British designer of the year awards as well....
Going back to Milan fashion week....it was all about heritage and simplicity (apparently there are some advantages to the global financial meltdown....), and Burberry did it best with artfully crafted wool overcoats that took over the whole look ...at times Hulking and blanket-y and at times fitted and smartly simple, all seasoned with a touch of Russian, militant feel! Craftsmanship in it's best.
I tend specifically to not write about future seasons because we live in the NOW, but this one i just couldn't resist... so the bad news are that all the beautiful overcoats below are available only a year from now, but the good news are that for those of us who can't afford them we have a year to work hard and save for them...... 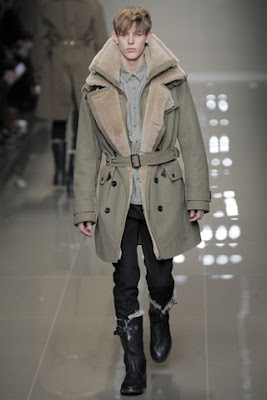 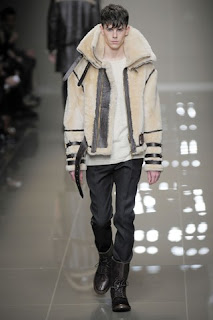 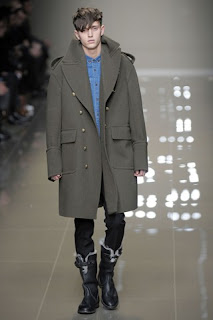 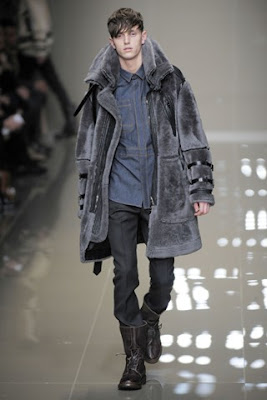 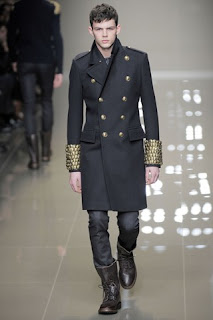 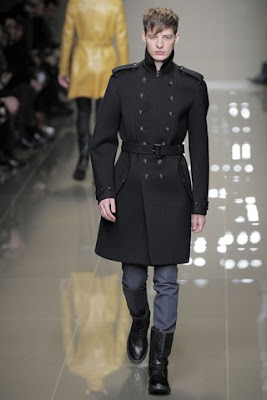 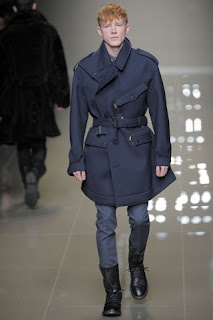 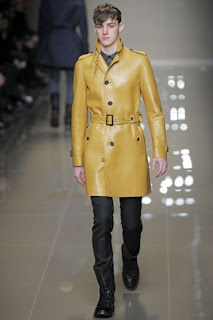