Designer of the week - week one - Paul Smith

Today I’m starting a weekly post called Designer of the week. In this post I will feature designers that I love and ones that inspire me. Some of which are household names that play a major influence in your current wardrobe, along side others that have been under the radar and might influence your next shopping spree.
I’d like to start our little private Wikipedia with a British Designer. To be fair with you, I'm a bit bias (hope you'll forgive me) because I ADORE the BRITISH CULTURE!
It all started with growing up in the seventies and early eighties and being exposed to the British punk rock movement. The music, clothes, art and the whole anti establishment philosophy....what can better inspire and fuel an over zealous teenager‘s rebellious nature? Over the years the metals and zippers evolved into button up shirts and slick boots and as I grew up my appreciation and passion for the traditional British style was born.
A designer that played a major role in my love for Briticism was the legendary Sir Paul Smith (He was knig 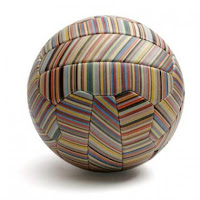 hted in 2000 by Queen Elizabeth II) and his multi stripe signature. At the age of 17 after a terrible accident while cycling (which was his passion till than), Paul became friends with students from the local art college. They introduced him to the colorful and exciting world of Mondrian, Warhol, the Rolling Stones, Miles Davis and others. This introduction lead to the opening of his first boutique within two years (1970) with the encouragement of his than girlfriend Pauline Denyer (now wife).
Since then his style of traditional classic Englishman, flavored with a sophisticated sense of humor (using the Mini as a design motif) and a stroke of pop art established him as the preeminent British designer and one of the most influential designers in the world. The line is currently sold in 35 countries with 12 different collections including women's, accessories and furniture among others. Despite universal success, Paul still remains the designer and is fully involved in every aspect of the business, retaining a personal touch often lost in companies of a similar size. Which in my opinion, is a sign of a true artist who does what he really loves and passionate about. Oh.... and he even writes his own blog where he shares his latest activities and projects with his fans.
The Paul Smith shops provide a peak into Paul's artistic world and vision, they are an inspirational place to visit (highly recommended for every man). Showcasing jewelery, books, art, antiques and an array of interesting and beautiful products along side work of other British artists as well as Paul’s personal collections of art or curios. His NY men's store on 5th Ave. was one of the first stores i visited in the city and became one of my favorite stops since we moved right around the corner from it. Our dog jumbo is still confused as to why i always walk him on that same block when the dog run and his favorite marking spot are both in the opposite direction..... I wish he would understand that this is one of few stores that i find very hard to leave empty handed and that always get my creative juices flowing.
So, before you start your Paul Smith shopping experience below are some of my favorite items:
BUTTON UP SHIRTS - A must have staple in any man's wardrobe (i wish i had one of each style he ever made). A Paul Smith shirt is the perfect marriage of quality and style offered in classic fabrics or original fun prints, very easy to fit into any man's style and can be dressed up or down for any occasion from business to pleasure. The first time my eyes landed on them , it changed the way i dressed forever...... 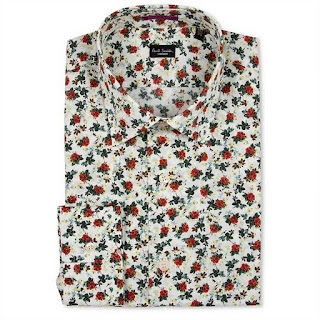 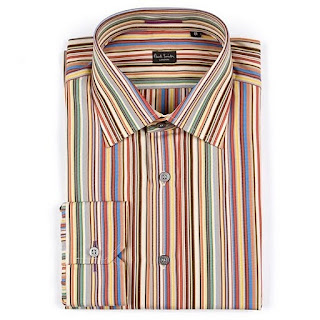 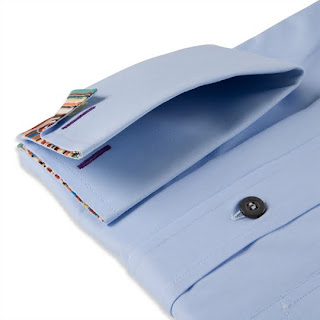 BAGS and WALLETS - Made in either leather or printed canvas, these items really stand out but in a clever and sophisticated way. I have both (thanks to my mother in law and birthday gifts), the signature striped leather wallet (like the one below) and a canvas messenger bag printed with stamps that are rearranged in the shape of the British flag . 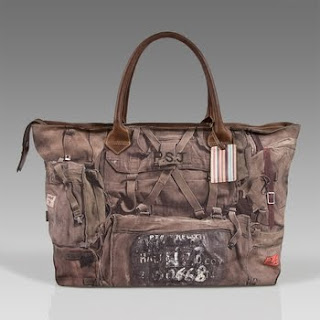 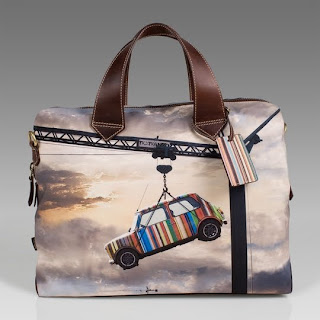 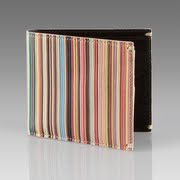 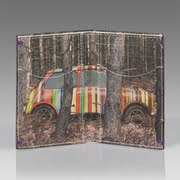 SHOES - I'll just say that for my 40th birthday I asked for a pair of Paul Smith boots.... I think that says it all! ...did i mention my obsession for shoes before???? 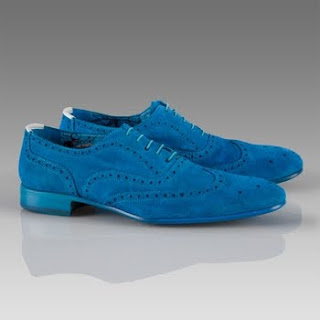 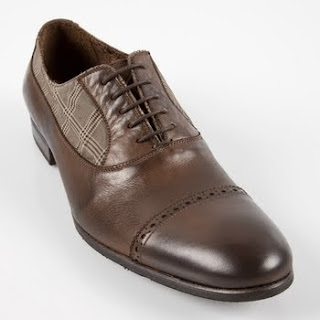 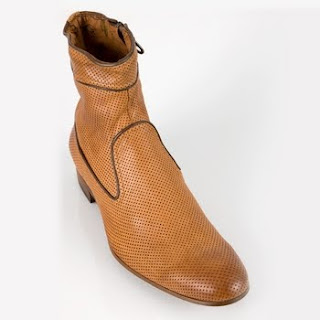 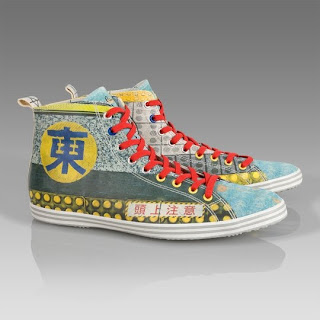