Is Boardwalk Empire the next show to inspire men's fashion? 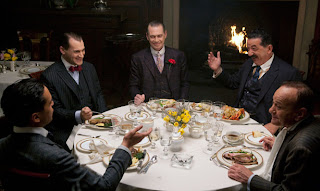 Boardwalk Empire is a new show from Terence Winter (The Sopranos) on HBO about a political figure - Enoch "Nucky" Thompson, who rose to prominence and controlled Atlantic City, New Jersey during the Prohibition period of the 1920s and 1930s and his expensive and lavish lifestyle.
I actually haven't followed the show as much but from the little I've watched and after reading an interview with the costume designer of the show John Dunn on Style Blog, I'm quite certain that men's designers are taking notes while enjoying the show and it's just a meter of time before Boardwalk Empire will make its mark as an inspiring trend for next season's fashion shows!
The amount of craftsmanship and details that's been pored into styling the guys on the show are incredible and can by themselves hold a reason to watch the show. Everything from the rich woolen fabrics (which apparently some were specifically manufactured for the show) through the immaculate tailoring (all done by Martin Greenfield ) and all the way to the small details such as the collar bars (Nucky's was specifically designed for him), the color stories and how they all work so well together in a every look, will make you drull!
Great deal was also put into the different cities that are being represented in the show and thier difrenet styles, the Atlantic City men are flashy, colorful and daring in their wardrobe choices where New York city guys are more elegant and seriuos while the Chicago crew carry more of a European/Italian influences in their style. Even the working guys who are clearly not in a high financial or social status are inspiring, their clothes might not be as luxurious but over all they are very well put together.
The dandiness (is that even a word?) of the different characters is pleasure to the eyes and together with the current execution of the clothes is giving us a hint to the answer of "what a men's line inspired by the 20s would look like?".
So to answer the question in the subject line - YES I am SURE that next season we will see the impact on the runway, whether be it the fabrics, the silhouettes, the different collar shapes, maybe the collar bars or just simply the 3 piece suits (which I myself would love to get my hands on a couple of them), there are lots of details to fill those inspiration boards for fall 2011...
I personally love the variety of the wool plaid fabrics and can see a slim fitted trousers and a matching slim double breasted coat made in them...... and how about these vests??? when i wrote about the power of the vest few months ago that's what i meant! 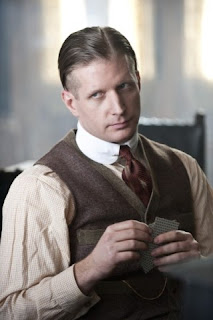 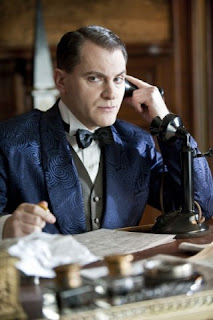 John Dunn's intention to have the clothes look restored rather than just vintage and old payed out very well and made Boardwalk Empire the most stylish show on TV! And turned Steve Buscemi into a style icon! 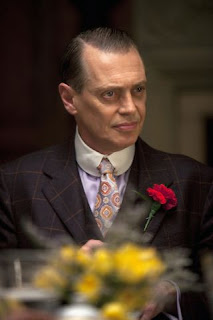 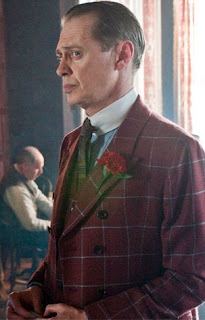 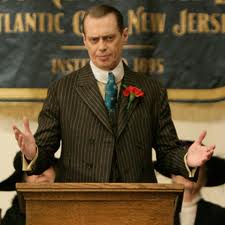 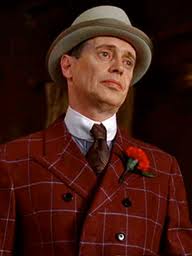 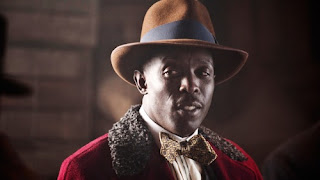